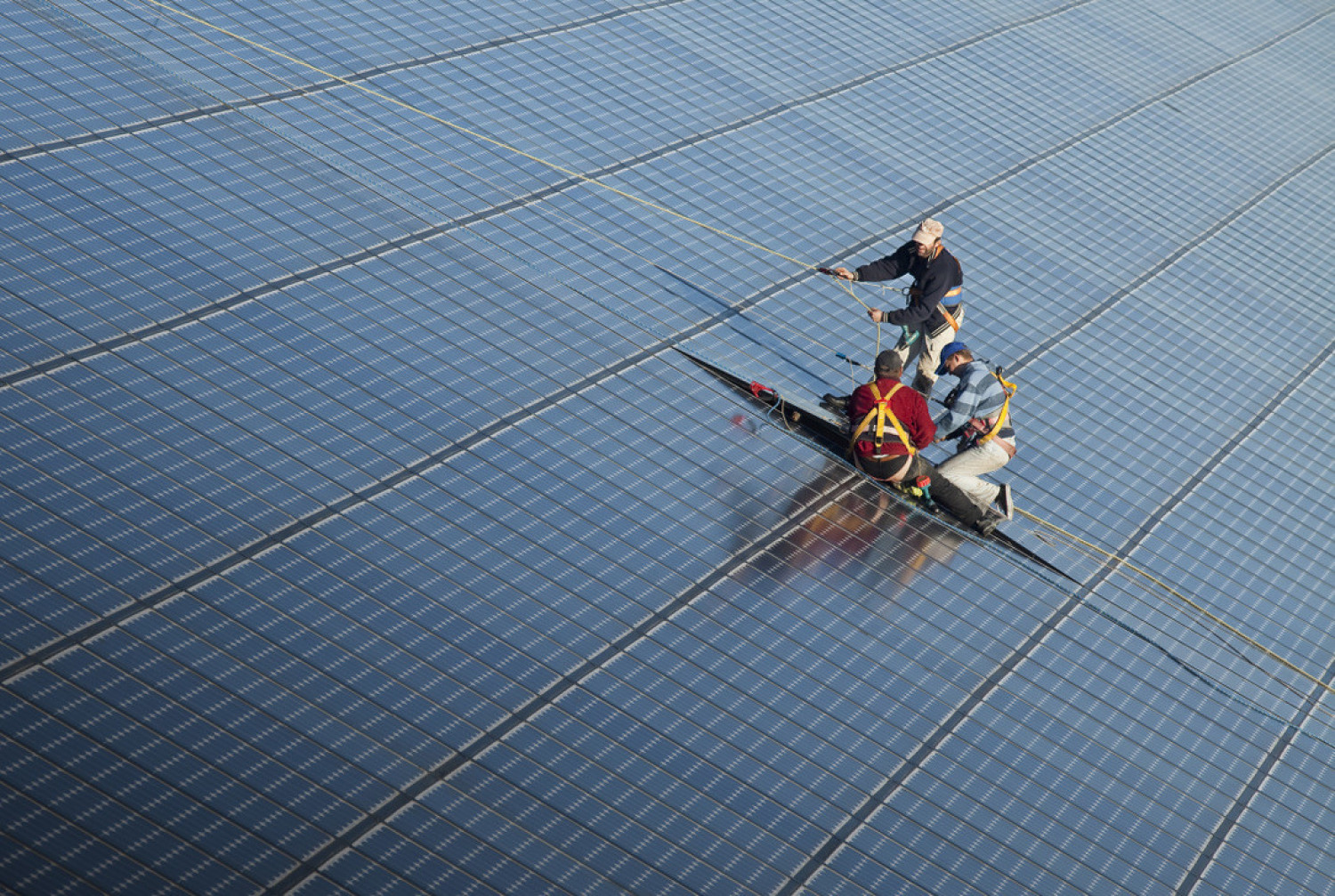 Press Release
Warschau, October 25. 2022 - GoldenPeaks Capital, a company specializing in the construction and operation of solar systems with a strong focus on Eastern Europe, has signed a 12-year Photovoltaic energy-based PPA (Power Purchase Agreement) with Austrian Kronospan Group in Poland. The Synthetic offtake agreement is rated at above 180 GWh of annual generation and one of the largest solar agreements ever closed in the country.

GoldenPeaks Capital has partnered with Kronospan to supply energy from its Polish PV assets portfolios to support local facilities with green energy of domestic generation. The PPA covers the entire capacity of the “Delta” and “Echo” Portfolios, owned and operated by GoldenPeaks Capital, inheriting a total installed power of 157 MWp. The assets are part of a large-scale utility portfolio rollout in Poland and allow to compensate emissions equivalent to more than 1’550’000 tCO2eq during its agreed tenor.

GoldenPeaks eastern European portfolios count a total capacity above 2,3 GW (2'300 MW) of PV assets, which represent the largest pipeline of assets owned by a single entity to date.

GPC operates in Poland since 2016, has connected over 154 utility scale PV powerplants to the national grid to date, and will add another 196 MW throughout 2022. The technology applied is based on bi-facial photovoltaic PV modules with high efficiency solar cells, which allows for highest generation yields in operation.

GoldenPeaks Capital, is a company specializing in the construction and operation of solar systems and one of the largest photovoltaic system owners in Poland and Hungary. The group will further increase the pace of shaping the industry of renewable energies in Eastern Europe by applying the seamless integration of all sectors of GPC, such as manufacturing, project development & engineering, financing & structuring, supply chain management, construction & commissioning, asset operations, and commercial & energy sales among others, ensuring an invaluable alignment of methodologies, ethics and goals.

Back to all articles